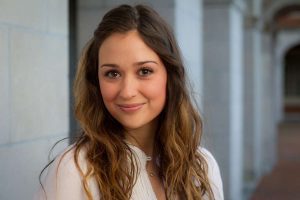 Those students in the class of 2011 may remember one of the application essay prompts was to discuss a literary character with whom one found an affinity. I can still remember vividly my reaction when I first read the assignment. My mind filled with vibrant visions of the illustrious literary heroines: Anna Karenina, Elizabeth Bennett, Jane Eyre, and, even little Scout Finch. Yet my ambitious mind settled on one woman above all others, one venerated by generations of feminists and literary enthusiasts – Jo March. The spirited, strong-minded middle sister of Louisa May Alcott’s Little Women was everything I wanted to be: a talented writer who moves far away from home to pursue her dreams and enters into a world of intellectuals who challenge and propel her forward.

Yet therein lies the rub. Jo March was the literary character I wanted to be – she was the greatness to which my naïve eighteen-year-old self aspired. However, I lacked her independence, her loyalty, and her strength. I could never cut my long hair to save my father nor sit at the bedside of a dying sister. Thus, I lied. I wrote about a character I wanted to be, not a character who reflected me. This declaration may be a bit overdue, but to the admissions office, and to the University at-large, I would like to respectfully re-submit my application essay for enrollment in the class of 2011.

“His father’s family name being Pirrip, and his Christian name Philip, his infant tongue could make of both names nothing longer or more explicit than Pip.” Out of all the great fictional characters that authors have breathed life into over the centuries, I find myself most identifying with Pip, the protagonist of Dickens’ famous bildungsroman, Great Expectations. From the isolated marshes, Pip knew little of the world beyond the gates of his childhood. Similarly, I come from a small, non-descript town in Illinois. Though I desperately try to claim Chicago as my hometown, I must admit that, like Pip, I hail from a relatively remote area. And, also like Pip, I too had a benefactor who aided me in taking a risk by traveling to a different city for my education. Thanks to a scholarship through Wake Forest, I have had the privilege to leave central Illinois and attend college 800 miles away from home.

Pip and I have many character traits in common. For example, we are endlessly self-doubting. His uncertainty stemmed from a hostile home, while mine manifests itself in distrusting my own abilities. When my parents left, or as I viewed it, “deserted me” after freshmen move-in day, I was devastated. I was forsaken. How was I going to achieve great, epic academic feats without the help of my previously omnipresent parents? How was I, a small town girl from the Midwest, going to acclimate to the very different pace and culture of the infamous American South? Admittedly, the word “y’all” still has not permeated my vocabulary. And most of all, how was I going to survive college so far away from home?

I did feel like an orphan, much like Pip after his sister died, and he moved away from the marshes. We both made mistakes, exercised poor judgment, and were sometimes oversensitive to the offer of help. Yet we both learned that, when open to assistance, one might experience good, even great, things. When he arrived in London, Pip made several important friends who would direct his passage into adulthood. Similarly, I have surrounded myself with strong guiding influences here at Wake Forest – relationships that have shaped me into an intellectually curious and confident individual. From Dr. Yamane, I learned how to interrogate the social world in which we live; with the help of Karl Marx, Emile Durkheim, and Max Weber, the world around me looks a little bit different each day. From Dr. Powell, I learned the importance of the Classics in the modern world and that the meaning of “human modernity” may not be found in Blackberries, laptops, and ipods. And, to be honest, reading about the human condition is much cooler in Latin than it is in English. And finally, Dr. Richard, who taught me how the great books that I have loved my entire life offer so much more than I ever thought possible. From her I learned that novels are not an academic hurdle, placed before students in English 111; rather, they are experimental and exciting and very much alive today. These are the people who have guided me through Wake Forest. Vibrant and motivating, these are the characters in my novel.

And Pip’s story, thankfully, has a happy ending, though Dickens had to re-write the resolution because his editors were not satisfied with the subtleties of his original conclusion. Luckily, I think mine only requires one ending, and my fingers are crossed that it ends on May 16th, 2011. As I reflect on my last semester at Wake Forest, I feel as if I really am completing a volume of work. Here I have met a colorful cast of characters who have punctuated an ineffable four years, some arguably being very Dickensian. There were difficult lessons, such as navigating the Daedalus-worthy labyrinth that is the Bookstore Basement and accidently buying books for a Divinity School course, or realizing that ZSR closes on Saturday nights…and later, dejectedly realizing you are the only person on campus who is trying to get into the library on a Saturday night. Yet these lessons are coupled with some of the very best memories: dancing for twelve hours at Wake ‘n Shake, skydiving with Outdoor Pursuits, taking a class with Maya Angelou, attending a lecture by Thomas Friedman, and lighting the Quad for Christmas, to name only a few. Each installment of my novel has had cliffhangers: final exams, dorm move-ins, intramural championships, and many others. Yet, in a way that would make Dickens proud, these loose ends are now neatly tied, and the story is coming to a close.

If I had a similar prompt for a graduate school application, I think I honestly may be able to claim Jo March this time around, thanks to Wake Forest. I achieved success in a very foreign environment, hundreds of miles away from my home. Graduating with an honors in English, I learned how to write, and I have had the honor of my work being published, an accomplishment that evoked a giddy reaction that surely rivals Jo’s. And the challenges that Wake has placed before me have undoubtedly made me a stronger, more capable human being. That is possibly the biggest testament to Wake Forest – it does not just turn out Accounting majors, Psychology majors, or English majors. It produces wholly educated individuals. Individuals like Jo March. Individuals, maybe, like me. And for that, Mother So Dear, I would like to thank you.