‘Don’t Give Me an Education’ 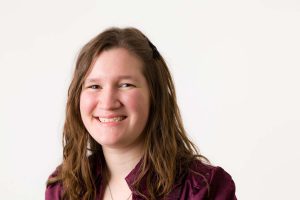 And, it is my firm belief, that if you give students an education, you are giving them one of the worst gifts that one person could ever give to another.

Don’t worry, Wake Forest parents and benefactors, we appreciate your thousands of dollars to pay for school. No, I’m talking about the transition that I had to make when I came to this university. It is the same one that I’m sure many others have made along with me: the transition from being given an education by public and private school systems to earning, even fighting for an education here.

Like the others here, I had many of the expected accolades upon graduation: National Honor Society, prestigious merit scholarships, one of the top in my class. I was used to easy As that didn’t challenge my way of thinking. Now, I’m not saying that As are unheard of at Wake, but I know that I had to let go the need to define myself by good grades. I had to learn how to learn all over again. Once I did this, I discovered that the experiences and the new knowledge I gained were what truly made a class good for me, not whatever letter went on my transcript. However, that was a difficult lesson to learn as a hopeful young freshman.

The class I learned I wasn’t perfect

Many of us enter Wake Forest certain in our futures as doctors, lawyers and business executives. This is what the education we have been given has led us to believe is our destiny. There is nothing wrong with wanting these things, but we should certainly think and desire beyond the goals and ideas we have been given. This is what I was forced to do in my first year of college when I fell into my first women’s and gender studies class.

I was the only freshman in this 300-level class, and I was afraid. However, I was smart and I had never done poorly in school before, so I felt I could handle this. Over the course of the semester, I worked hard, completed my assignments on time and generally did what I had done before to get good grades. While I did all of this, however, I was introduced to new ways of reading, discussing, and thinking. I wasn’t asked to produce answers, but to express ideas.

There were many times when I did not understand what I was reading or what the others were saying in the class, and that was upsetting. The core of my way of learning has never been so shaken as it was by this class. So, I went to my professor. She doesn’t know it, but I was probably near dropping that class.

Freshman year was hard and this class was not helping. But, like any good professor, she talked to me and helped me. She told me that it was alright not to know every answer or every detail of what the others were saying. It was still a struggle to expand my ideas from my usual frame of reference, but I continued devoting great time and effort and got a little better.

By the end of the semester, I was certain I had done a good job and would receive top marks for such an effort. When grades came in, I had received high marks in most of my classes. In only one did I receive a grade that truly shocked me: that women’s and gender studies class. It was the class I had worked hardest in and cared the most about, yet I made a B in it. I know, a B doesn’t sound too bad to most of you out there, but as a freshman, I was horrified. How could I not have made an A in a class that was so invigorating, so inspirational and so beloved?

Stepping up to the challenge

To figure out where to go, I had to comprehend how much that B would mean in the scope of my education at Wake Forest. So, I thought, and I determined that this B meant absolutely nothing. It was a grade that had been given to me, but I had earned every bit of knowledge and fought for every new experience in that course. On the first day of that course, my professor read to us from Adrienne’s Rich’s “Claiming an Education.” Part of that essay still resonates with me three years later: ‘Responsibility to yourself means refusing to let others do your thinking, talking, and naming for you; it means learning to respect and use your own brains and instincts; hence, grappling hard work.’

In my career at Wake, I could have taken more classes that would have given me more As, but nothing would compare with the lessons learned in that first class that so challenged me. I had a responsibility to grapple with hard work and truly earn my education. I have since grown, but that spirit of responsibility to earn my education is something that I have kept and tried to apply to other aspects of my life.

As a nation, we are in the midst of an economic crisis and great social movements that are causing upheaval in the lives of everyone. I know that life will get more difficult for me once I graduate and try to find a job so that I can make a life for myself. However, because I haven’t been given an education here, because I chose to take courses that would challenge me, I understand the importance of earning, in one way or another, everything that I have. So, thank you, parents, friends, professors and Wake Forest, for not giving me an education.