‘The Fear We Do Not Understand’ 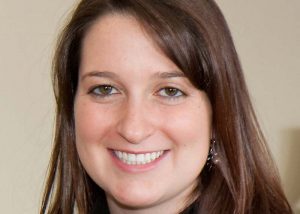 Leaving for college was by far the scariest experience I had faced in my first 18 years on this planet. I was plunged into a world completely unfamiliar to me and learned firsthand that there is truth to the statement that we, as humans, fear the unknown.

It took me many months full of anxiety for the future and nostalgia for the past to realize that the unknown held great opportunity and great promise. I began to rethink the ways in which I reacted to my daily interactions.

For the first time I was surrounded by people who were different from me. Everyone I had known up until that time in my life was remarkably similar. We all lived in the same place, our parents read the same newspapers; we were brought up going to the same churches, synagogues and schools. Our schools had shaped the way we thought, processed and responded to information and even the way we expressed ourselves. I grew up in a place where even that which was different was familiar.

But at Wake, many things were different and very little was familiar. I was dumbfounded by the boy in my English class whose Southern accent I literally could not understand. I was embarrassed by the fact that I had never eaten a biscuit … or fried chicken.

As a freshman so completely overwhelmed by the unfamiliarity of even the most unobtrusive differences, I would have never guessed the passion that I found for a study into that which was probably the most foreign to me: the land, politics, language and religion of the Middle East.

Now, four years later, I have realized that overcoming this “fear of the unknown” that I experienced for the first time on campus has come to shape my academic and scholarly pursuits. My professors, colleagues and friends have challenged me not to fear that which we do not understand, but instead to strive toward discovering the truth behind the foreign. It is with this goal in mind that Wake has helped me open my mind to a new learning approach, specifically within international studies.

As a political science major, I yearn to understand the political philosophies and theories that govern the world in which we live. We can define governing systems, wrap our minds around them, and compare and contrast them to that with which we are familiar.

But what about when political discussions end and we are still truly unable to understand and to explain our neighbors, our allies, and especially our enemies? When I reached this point in my academic studies, my professors helped me realize I had been focusing too narrowly. I had neglected the religion, culture and language behind the political systems that I had desperately tried to comprehend.

Within the restricted scope of my studies I had neglected to embrace fully the unknown, and my understanding was suffering. I realized that if we are unable to understand and respect our differences, how can amicable relationships flourish? This is the question we must ask ourselves not only politically but also on the personal level. This is the question that has directed my studies while in college.

Just as I was a scared freshman surrounded by influences and opinions with which I was not familiar, so too are we, as Americans, surrounded by influences that we cannot fully understand, whose subtle impact we often do not realize. The Council on American-Islamic Relations criticized the popular show “24”, now in its eighth season, for depicting Arabs as terrorists and suggesting that it is “OK to harm and discriminate against Muslims.”

Three of the top five most commonly reported news stories in 2009 were about Iran, Afghanistan and U.S. terrorism policies. As Americans, when we look beyond what is familiar, or the politically domestic, it is impossible to be comforted by the unknown. We see war, destruction, terrorism and hate and all too often conflate it with a people and a religion that are, for many of us, foreign.

In an article discussing the rate at which abuses against Muslims increased in the months after September 11th, Psychology Today states that “despite our better nature, it seems, fear of foreigners or other strange-seeming people comes out when we are under stress. That fear, known as xenophobia, seems almost hardwired into the human psyche.”

Unfortunately, I agree with Psychology Today’s findings that this fear of what we do not understand, fear of the other, fear of the unknown seems to be “almost hardwired” into our being. Not only is it possible that this fear might be an innate emotion, but it is also strengthened in countless ways just through our daily existence as Americans.

Whether we are trying to stay current events savvy by reading the newspaper or relaxing at night by watching a favorite TV show, we are surrounded by subtle reminders of dangers that we do not understand. This fear is a natural reaction, but Wake has taught me that we, as intelligent, independent thinkers, can do more. Researching the topics with which we are most uncertain is the necessary first step to creating a better tomorrow, and a duty that we, as scholars, have.

As my academic exploration into the world of the unknown increased, I began to understand even more how Pro Humanitate has truly shaped the scholar and person that I have become. I now study the religion and religious processes and procedures that have such a large impact on the political systems of the Middle East, not just because I find it fascinating, but because by delving into the unknown and conquering our fear, I work “for humanity.”

I do not believe that all of the answers to our problems, politically or not, come from understanding one another. Nor do I believe that knowledge will, or should, erase all concern. But unlike ungrounded concern, understanding that which we fear is a productive pursuit. It helps us work towards solutions for the problems of today; solutions that we can use as a starting point for a newer and brighter future.

Marie Curie once said that “now is the time to understand more, so that we may fear less.” Four years ago, I was afraid. In the same way Wake Forest has pushed me to face my fears through understanding, I challenge you all, or like the boy in my English class that I once could not understand said “y’all,” to face your fears, understand them and learn from them.

I want to end by saying thank you. Thank you to this university, to my professors, colleagues and friends. Thank you for thrusting me into the unknown; pushing me to take, as Robert Frost once famously said, “the road less traveled;” it really has made all the difference.

Monica Giannone is a political science and religion double major from Madison, N.J.