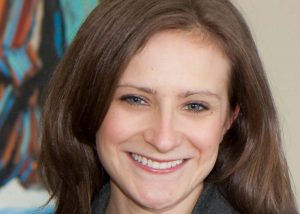 As a child my mother always used to say to me, “Never take the easy road.” I remember thinking, “Why not? Surely the easy road is the way to go. Why would anyone make things more difficult than they could be? What is the point in that?” Now, as a soon-to-be graduate from Wake Forest University, I can safely say my opinion has changed.

When I was 16, I decided that instead of following all my friends, I would move to a different part of the country to attend boarding school for two years. I already knew that theatre was a big part of my life and moving schools would give me the opportunity to study it as well as take the subjects I wanted, and explore the love I had of the arts.

However, when I arrived I realized that I knew no one there. They were from a different background, had different accents, and I stood out. I will admit that, for a while, I was very unhappy. but now and even then I would not change the decision that led me there. It was that leap of faith that took me out of the small town I lived in, out of the school I had attended for 12 years, and provided me with opportunities that I would have never had otherwise.

Boarding school was the place I learned that sometimes it is harder to be yourself than someone else, but you should never compromise who you are. It also gave me the confidence to take my next big step.

In my final year of school, as everyone does, I applied to university. I wrote my applications to study Theatre and English at various prestigious universities. I was accepted into several and deferred my entry because I had decided to take a gap year in Ghana.

My months there were among the most rewarding, enlightening and difficult months of my life so far. I taught classes of over 60 students in classrooms not big enough for 20. I saw children beaten with canes because their parents hadn’t paid a bill. But, I also taught a child to read, proved a teacher wrong when he said his students couldn’t learn, and taught my students discipline without pain. I learned some of the languages, watched as my theatre class wrote and performed their own play, and even swam in a waterfall in the forest.

At many points along the way, living at home would have been a lot easier, but when I think of everything I would have missed I realize that without these decisions I would not be the same person I am today. I also realized that each of them had enabled another difficult but life-changing event. Without boarding school, I would have never traveled to Ghana, and without Ghana I would have never applied to Wake Forest.

Attending university is a big move for anyone to make and deciding where to go is a long and agonizing process. But I, along with a small percentage of the student body here, had an added difficulty in their choice to attend this university. As I mentioned earlier, I had places at universities that I had applied to before I left high school. But while preparing to go to Ghana, I realized that none of those universities provided what I was looking for. I wanted to take all kinds of classes, not just classes in my major. I wanted to explore new activities and interests.

So in the months between graduating high school and moving to Ghana, I decided I was prepared to leave my home and my family and friends in England and apply to universities in America. Along with the normal difficulties of deciding where to apply, I also had some catching up to do: writing completely different applications, taking the SAT, which I hadn’t even heard of before, and booking flights to visit campuses. After looking around several universities, I was persuaded by a family friend, an alumna of Wake Forest, to come to the campus. It wasn’t an open day, I didn’t take an official tour and many of the buildings were closed, but I fell in love and decided that Wake Forest would be the one and only application I would submit. Fortunately, and much to my parents’ relief, I was accepted and then began the walk along the next section of the “hard” road.

I think most of the population of Wake Forest University, faculty and students alike, will agree that choosing to attend this institution could certainly not be considered to be taking the easy road. My first semester freshmen year I took 18 and a half hours of classes. I found myself overloaded with books, taking subjects I thought I had left behind me in my sophomore year of high school, like physics and geometry, and with all the extracurricular activities I had signed up for, on most days, I wouldn’t make it to my bed until the early hours of the morning. On top of all this I was 5,000 miles away from almost everyone I had ever known and separated from my country by an ocean.

I had left my home behind and suddenly no one knew who I was. And especially with regards to theatre, I went from big fish, small pond, to what felt like tiny fish in an ocean, (where the bigger fish all had strange accents). Up until freshman year I had always been cast in plays and had been in every show that my high school had ever produced while I was there. Now I wasn’t getting cast in anything, I had absolutely no idea how to deal with it. At the time I lost all faith in my ability and considered never auditioning for anything ever again. But what better way to test what you claim to be passionate about than to keep you away from it. I couldn’t act in plays so instead I worked on them. I took every backstage, behind-the-scenes job and worked on every single play produced during my freshmen year.

All these obstacles tested the faith I had in myself and my craft. Without these challenges, I would have never gained the experience that I did during those months of not being cast, and not being seen. I would have never realized that I truly adore every aspect of theatre or discovered my love of designing. I also would have never learned how to cope with rejection and how to become stronger as a result.

Looking back I know, once again, that I would not have changed my decision for anything. Life at Wake, for me, was difficult, at times, but I realize now that I wouldn’t have wanted it any other way, and I am graduating as a person I am proud to be.

I truly believe that without difficulty we can never know who we are or what we are capable of. We cannot truly appreciate beauty and light if we have not lived at least one moment in the dark. If we are never tested then we will never realize our true strength.

So what I can say is that Wake has confirmed a life belief of mine. Life is difficult and confusing. It’s hard work and although it often doesn’t seem worth it, it always is.

In life we reach crossroads every day. The easy road may be as its name suggests but there are many things it is not. It’s not challenging or interesting or engaging or exciting. So when you are faced with a choice, choose the challenge, choose the mountain, and you will never go back.

Kate Miners is a theatre major originally from England.